Next Saturday, May 30st, we have a big event in NYC.

I do not know the reason why NYC skipped SQL Saturday the last year.
I'd guess there was a problem with a venue.

About the venue. The old Microsoft office was pretty small to host SQL Saturday. Sponsor's tables were in a narrow hall-way and people had been squeezing through. See my old blog post with pictures.
This time I expect everything will be different. Previous SQL Saturday in NYC had only 46 scheduled sessions, and now we have 13 tracks in their schedule!


That will be my third SQL Saturday in NYC and the first one I will be speaking there. I think that is a big honor to be along with such a big names like  Bradley Ball with "Inside the Query Optimizer", Grant Fritchey with "Automating Your Database Deployments" and many others.
That would be pretty hard for me to compete for an audience, but I will try.

My session will be about "Extended Properties" of SQL Server objects.
What are they? When you first time opened your SQL Server Management Studio and created your first table, you probably wanted to make a description to one of your fields to note what has to be there as a reminder for you or a guidance for the one who will be after you.
However, when you move your table to production all your comments disappeared, you become frustrated and never used it again.
However, your project manager required you to create a full documentation for all your objects with understandable descriptions, which added even more frustration to spend your valuable developer's time for something that can be done by Business Analyst.
In my session I will show the structure of SQL Server objects with their Extended Properties (aka Descriptions), you will learn that one object can have more than one property/description and finally, I'll share with you a way to automatically document your database.

I know it will be hard decision for you to decide which session to attend Bradley Ball and Grant Fritchey are wonderful speakers, but I'd perosonally go for Jorge Novo with his SSIS Framework or Ravi Kumar with SSRS.
Hopefully, my session will have enough interest to fulfill all 18 seats in the Ambassador room on the sixth floor (That how I interpreted "6-18" in a room name) at 9:15.

Now will go through some later sessions.
I do not want to touch sessions in big rooms, such as "Central Park", "Radio City", "Music Box", "Winter Garden" and "Broadway". You can guess that organizers were trying to make a good job and use bigger rooms for speakers/sessions they think will attract most of the audience.
So, will only talk about hidden gems in smaller rooms.

Second schedule row at 10:35.
Will go for "Geospatial Data Types in SQL Server 2012" by Leonard Lobel. Would love to go to Tim McAliley's auditing of Azure solutions or Kevin Feit's "Predicting Customer Response".

Third schedule row at 01:05.
That will be the time for best sessions. It is hard to decide to choose between Sam Vanga with SSIS under the Hood or Konstantin Melamud with In Mepory tables performance, while on the sixth floor will be about Big Data by Josh Luedeman, Regular Expressions by Sean McCown and Dynamic SQL by Edward Pollack.

Fourth schedule row at 02:25.
To learn real SQL you have to go to Kennie Pontoppidan's "Anti Pattern" session and if you are DBA then Jennifer McCown's session about automation of your job by Power Shell is must go.

Fifth schedule row at 03:45.
I personally interested in Daniel Lewandowski's SSAS Security, but might prefer  Stephane Frechette with Database Graphing, which should be must go for all DB architects.
There also will be Microsoft advertizing session on the sixth floor on How to get MS certification by John Deardurff. If yuo are tired at the end of the day then it is for you.

Anyway, event is too big to describe it in a single post.
Be tuned, see you there and look at my event pictures next week.


Before the Great SQL Saturday in Baltimore I did a survey about what kind of books people would like to get at the event as a prize and what the main raffle prize should be.

60 People helped me to do the survey. Here are the results:

As you can see the winner was "Microsoft SQL Server 2014 Business Intelligence Development Beginners Guide"  by Reza Rad : 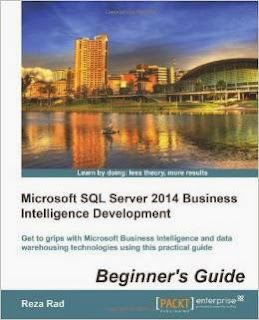 The second one is "Professional Microsoft SQL Server 2014 Integration Services" by Brian Knigh: 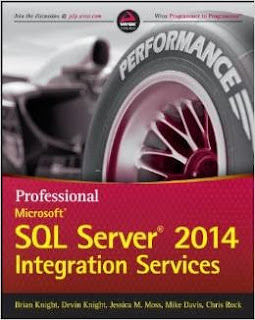 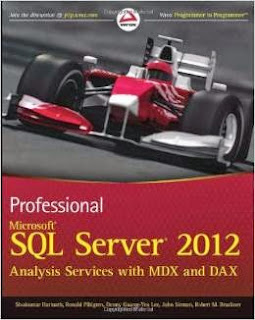 All three books will be included in Sessions' door prizes. And not only these books, we have a lot of other ones, which even not in the list. Some books will be left for final raffling too.

The  Second one, which is "Amazon - Fire 7" is also in the play!!!
During the survey I left a free field for that question and three people mentioned "SurfacePro" for the main prize.

Common guys, I'd love to give it to you, but it is a priority of our sponsor Microsoft to bring it to SQL Saturday. Hope they will do it this time too.
Would you like to see it?


And by the way, if did not register for SQL Saturday in Baltimore, you are probably too late.
We count hours until the event.

Wish to see all of you there!